Meerkat vs. Periscope: A Review and Comparison

By now, you’ve heard all the chatter about Meerkat and Periscope, the two live streaming video apps that have caught the attention of social media users around the globe.

While live streaming isn’t anything new (remember that Twitch and Ustream have been around for a while), the tipping point for social media live streaming has apparently been reached.

Meerkat started 2015 off with a big bang by being the buzz at SXSW, but then Twitter removed Meerkat’s ability to import social connections from its platform. This may have put a dent in Meerkat’s future and may have given Periscope the lead, but you never know.

What are the key features of each platform?

Check out the chart below, which was created by our friends at Brunner Advertising. It highlights the key differences between the two platforms and will give you a sense of the features provided by each one.

(Please note that Meerkat and Periscope are now available on Android — this chart was created before they were available on that platform.) 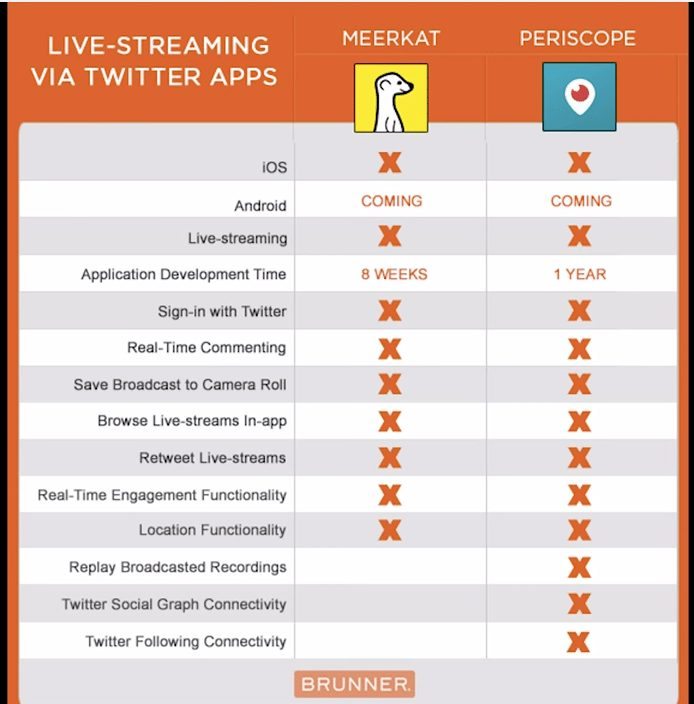 ADWEEK had another interesting side-by-side comparison showing the respective audiences of each platform. Check it out: 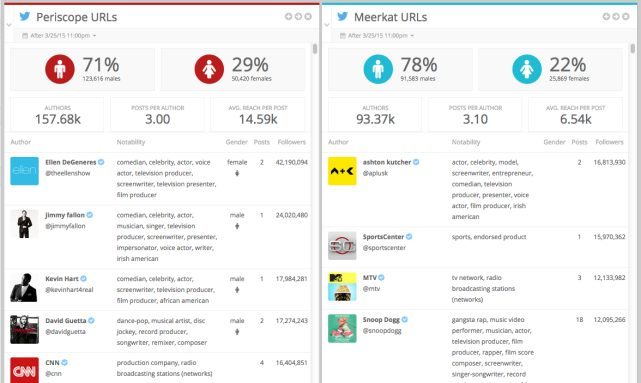 And, of course, you’ll also be interested in the geographic spread of the platforms across the United States. 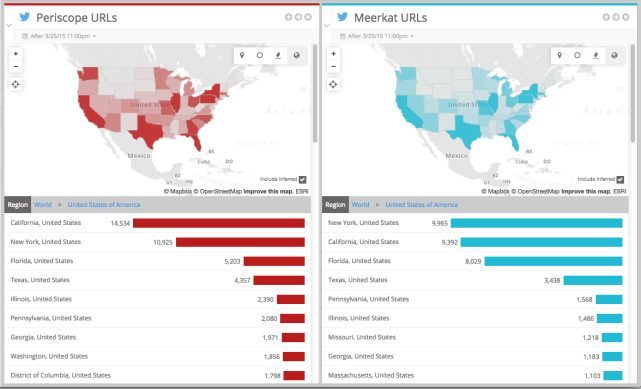 Omar Gallaga, a digital tech expert, wrote a nice piece summarizing his take on the platforms. Here are some excerpts from his article:

Based on the data outlined above and the media buzz the respective platforms are getting, it looks as though video live streaming has finally caught on. It’s too early to tell where this will all go — will Meerkat and Periscope be the next QR code technology that never gained wide adoption? Or will it be the next Twitter?

What are your thoughts? Oh, and while you’re at it, be sure to follow me on Periscope at AskJamieTurner.

Jamie Turner is the CEO of the 60 Second Marketer and 60 Second Communications, an Atlanta-based marketing agency that works with national and international brands. He is the co-author of “How to Make Money with Social Media” and “Go Mobile” and is a popular marketing speaker at events, trade shows and corporations around the globe. Subscribe to The Jamie Turner Show podcast by visiting iTunes or Stitcher.