5 Industries that Benefit the Most from Social Media 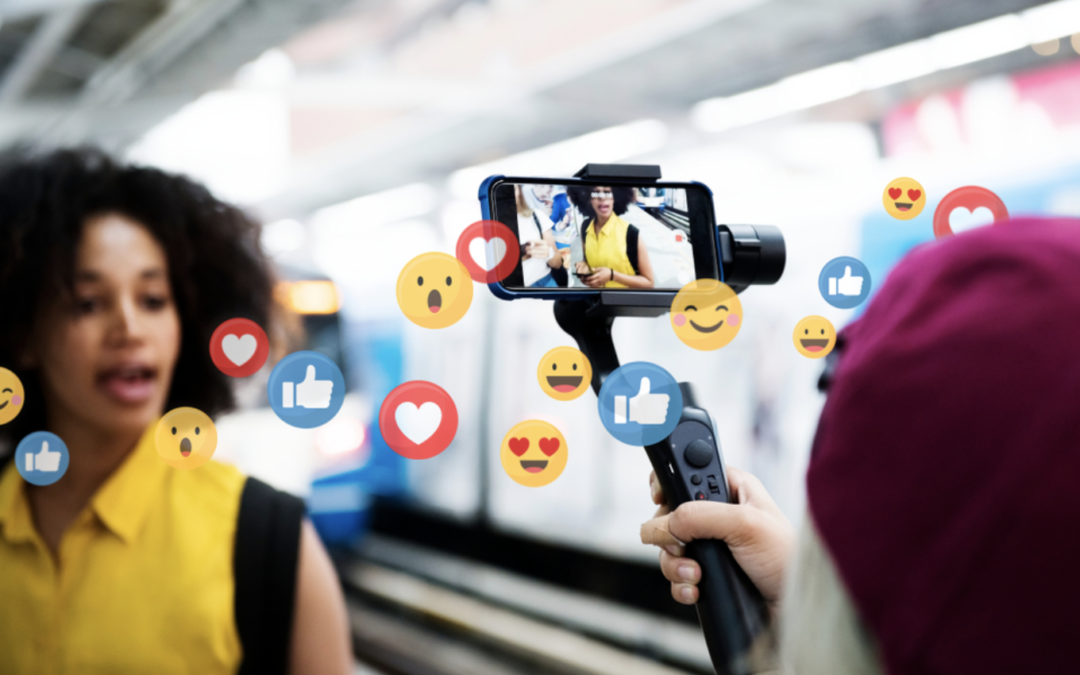 Social media is one of the biggest innovations of the new millennium. Despite being an idea that didn’t even exist twenty years ago, it has quickly found its way onto nearly everyone’s radar. With social media changing life as we know it, it’s no surprise that the industry is also responsible for its fair share of changes to our economy.

While the internet has practically eviscerated some industries (Blockbuster, travel agencies, book stores, etc.), others have only gained more notoriety through their successful use of social media.

Read on to learn about some of the industries that benefit most from social media.

In 2020, nothing influences fashion trends more than the Instagram.

Large fashion brands like FashionNova and Misguided usually come to mind when you think of Instagram, but even more niche brands have benefited greatly from the use of social media. Companies like Wicked Clothes and Birds Aren’t Real are some of the more unique, and even humorous, clothing brands that have gained a cult following specifically because of the social media platform.

Your fashion brand can particularly benefit from influencers on Instagram, which can hook you brand up with influencers that command a massive reach on Instagram and other platforms.

This one almost seems too obvious to point out—but it’s important to recognize that the tech industry dominates on social media.

The tech industry also benefits from its ability to control targeted ads and data usage. Companies like Apple, Microsoft, and Facebook all have sway in the ads we see on social media—and they use this as an advantage to push their products and make more money.

Musicians have used social media to promote their work since the very beginning (remember Myspace? That was a hotspot for rising music stars). YouTube, Twitter, and Facebook are places to promote music videos, while Snapchat and the Instagram explore page often provide articles about celebrity gossip, which can boost a star’s popularity—any press is good press, right?

The rise of TikTok has also made waves in the music industry and allowed for even the smallest artists to gain notable fame if a snippet of their song is used in a video that goes viral.

Being a newly legalized industry, Cannabis and CBD companies benefit from social media because most of their founders are already incredibly familiar with the platforms. Older companies have the disadvantage of being run by less tech-savvy CEOs, who are now having to learn how to optimize their social media presence.

CBD in particular is a booming new industry because it’s legal in even more states. The CBD industry has also found popularity among Millennials and Gen Z, due to its anti-anxiety properties (Millennials are 13% more likely to suffer from mental health struggles—that number increases to 27% for Gen Z).

With a new generation that relies so heavily on social media, and are so open to mental health discussions and natural remedies, the CBD industry has found its home on social media.

Vaping has also increased in popularity, particularly on social media. On Twitter, TikTok, and Instagram, it seems like everyone is vaping. CBD in particular is cashing in on this vaping wave, with a healthier alternative to nicotine that calms stress and relieves pain. Not every brand of CBD vape juice is going to be the healthiest alternative, however. Try CBDfx vape pens if you’re looking for a safe, natural way to sample this popular new product.

Although fast food has been around much longer than social media, and certainly thrived without it—there is a growing phenomenon of fast food brands having incredibly involved social media accounts.

As social media culture grew over the past decade, brands began to realize that snappy, meme-y humor helps gain brand loyalty and popularity with younger generations. In 2018, Wendy’s launched a series of comedic “clapback” tweets at McDonald’s over their use of fresh beef over McDonald’s frozen burger patties, for example.

These P.R. stunts created a domino effect that had nearly every fast food brand throwing humorous jabs at one another on Twitter.

Social Media Can Make You or Break You

With ever-changing trends, the Internet moves quicker than before. Social media can either launch your business to fame or run it directly into the ground.

It all depends on how you use it. Industries that won’t change with the future will suffer as time goes on, while industries that know how to capitalize off social media will continue to reap the benefits.