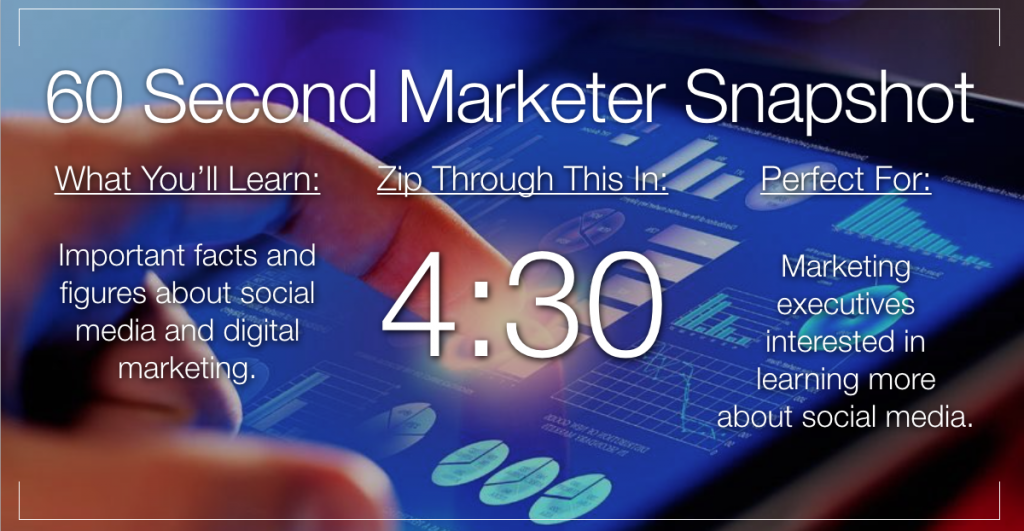 When I was working on the new edition of How to Make Money with Social Media, I pulled together a list of facts about Facebook, Twitter, LinkedIn, Pinterest and a whole slew of other social media platforms.

I thought you might find the data and information helpful, perhaps in a blog post, SlideShare deck or speech of your own. With that in mind, what follows are 50 interesting facts about social media that might surprise you.

I hope you find these facts and figures helpful. Feel free to use the data in your blogs, SlideShare decks and speeches. And let us know about any other interesting social media facts you hear about!

About the Author: Jamie Turner is the CEO of the 60 Second Marketer and 60 Second Communications, a marketing communications agency that works with national and international brands. He is the co-author of “How to Make Money with Social Media” and “Go Mobile” and is a popular marketing speaker at events, trade shows and corporations around the globe.