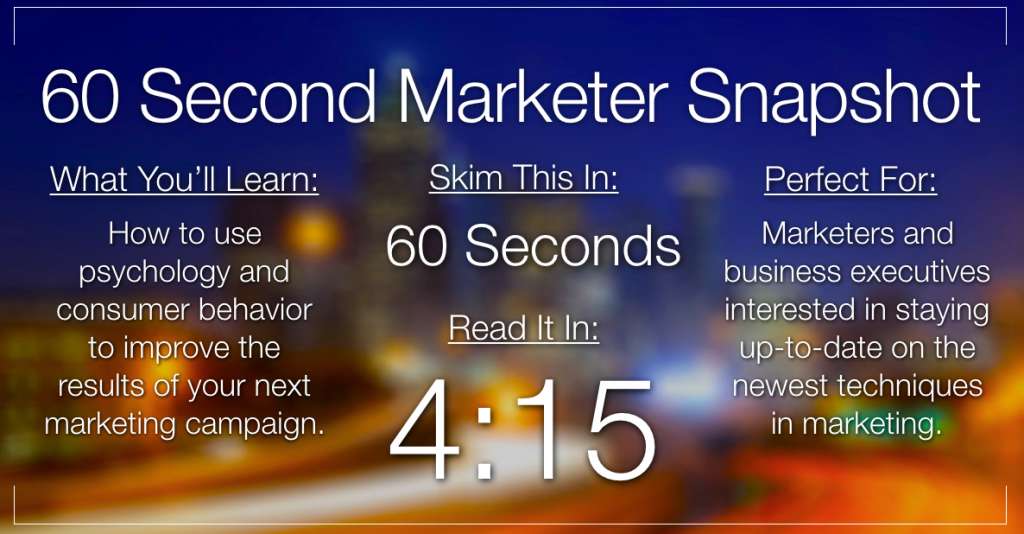 Are you just now starting your social media campaign? If so, then you may be in for a bit of a surprise.

You can influence the behavior of your audience by baking certain triggers into your campaigns. To do that, you need to explore the most common ones that are likely to produce the desired emotional response. Here are 6 surprising triggers you can use for your social media campaign success.

Informational Social Influence (Social proof)
“Everybody has one, I should get it, too!”

People are social creatures, so they have a need to belong to a group. This is a survival instinct, back in the day when people in groups tended to do better than people alone.

A good example is the herd mentality when it comes to getting the very latest smartphone model when it first comes out, although it is not a significant improvement on the last one. Being part of the “in” crowd is a matter of priority, so you wait in line with everybody else.

The same applies for many online products you find today. People tend to buy something that a lot of people have already bought. This is the rationale behind the star rating in the Apple App Store.

Despite the occasional negative review, more than 400,000 people have downloaded this game (Minecraft), so it must be good, right?

Another good example of this is free game Flappy Bird, which was the most downloaded game in 2014. There isn’t much to it, but people enthused about it so much that it became very popular. The developer claimed he earned $50,000 a day from in-app advertising before he took it down. 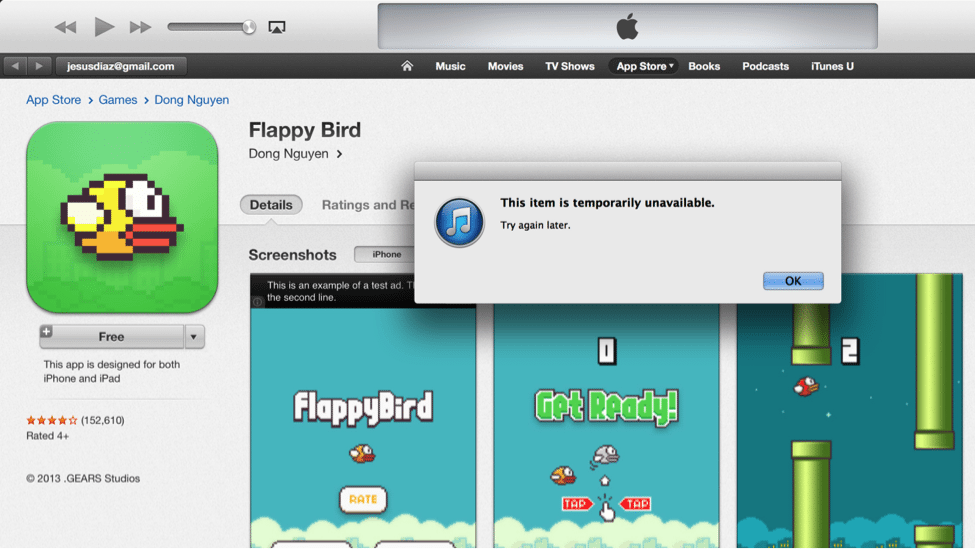 Make a point of encouraging your customers to post reviews or rate your product to make the most of this particular trigger.

Asymmetric Dominance Effect (Decoy effect)
“The package is cheaper, so I’ll choose that over the other two.”

When presented with three offers, and one offer is so obviously more expensive than the other two, people tend to purchase the least expensive one even if they had no intention of buying in the first place. This is curious behavior, because if you take away the expensive option and present the same two other options, people will not feel compelled to choose either. 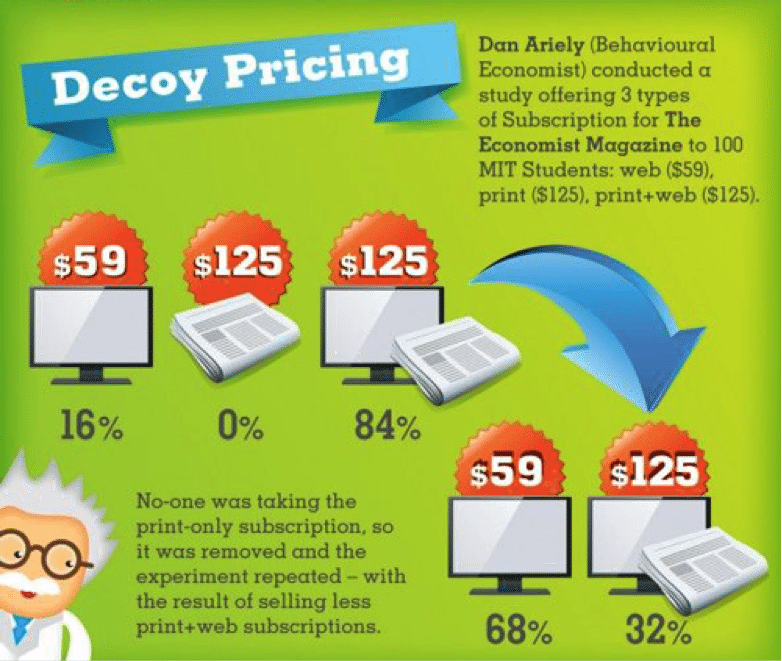 A good example is the WSJ & The Times Digital Subscription Bundle, which brings together a corporate package for both newspapers at significantly less than getting separate subscriptions.

At most, many people would only choose one or the other, and spend less. However, given the third option which is more cost-effective if you really intended to get both newspapers, most people would go for the bundle.

Announce the prices for your product or service on social media with three options, and make sure one option is a bundle.

Frequency Illusion (Baader-Meinhof phenomenon)
“I see this product everywhere I look, it must be really good. I should get one.”

Have you ever noticed that when someone tells you about something new, all of a sudden you see it mentioned in the news, see it in stores, or notice people walking around toting it around? This is a common psychological effect that calls on the selective attention of people, and drives them to purchase the product. 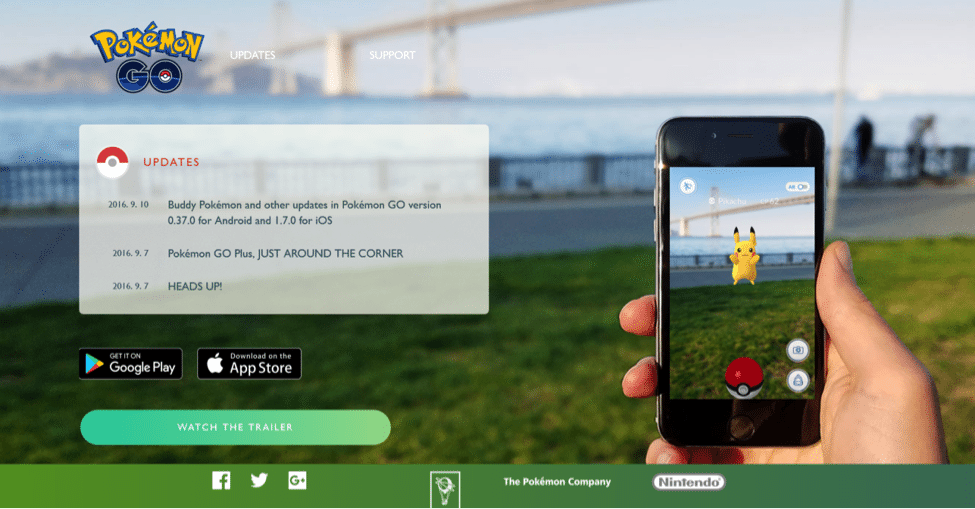 A good example is Pokemon Go. You may never have heard of it if live under a rock, but once you do, you can’t help but notice all those people in the mall or the park with eyes glued to their smartphones. You get intrigued and end up getting caught up in it.

This is a particularly good trigger to use in social media marketing. Make a point of regularly mentioning your brand or offerings in different platforms, especially in forums and blogs.

FOMO or the fear of missing out is a common psychological trigger that has its origins at a time when resources were scarce. “You snooze, you lose,” literally meant you wouldn’t get what you needed to survive. That is no longer true, of course, but the fear is hardwired into people’s consciousness.

Millennials are particularly subject to this quirk, perhaps because this was a generation that went through an extended financial crisis. You can make the most of this in several ways, such as offering a product on a limited basis, either in time or quantity.

SnapChat is a particularly good venue for this, as an offer that expires in 10 seconds or less makes it a scarce commodity. It would be best to make such an offer when it is truly limited, of course, or you lose your credibility and your audience’s sense of urgency. Check out how Paracord Planet did their promo via Snapchat. 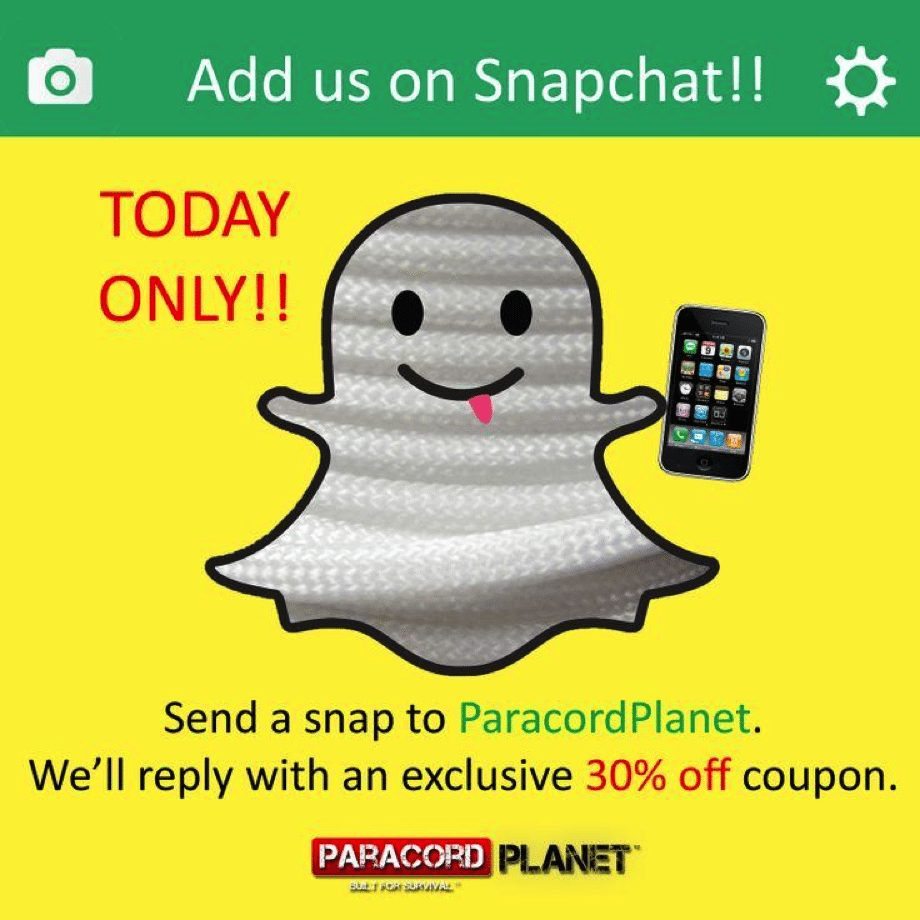 Rule of Reciprocity
“You scratch my back, I scratch yours.”

People subscribe to the social rule that you should do a good turn to someone who helps you or gives you something without conditions. Most people actually feel uncomfortable when they don’t give anything back when they receive a free gift or helpful advice.

You can increase your engagement through social media by providing them with something valuable, such as samples of your product or a free estimate for a service, and at the same time provide them an opportunity to pay you back such as by asking them to sign up for your newsletter, or to like your page.

Hubspot’s free trial of its keyword tool allows its audience to test run its software while building its leads database as well.

Obedience to Authority
“So-and-so swears by this product, and he’s an expert! It must be good.”

People respond to authority. This is an established psychological response way back in 1961, when Stanley Milgram carried out a series of experiments that suggested 65% of people will follow orders even if it is contrary to their own inclinations.

Many top brands pay millions to get celebrities to endorse their products because they have a certain measure of influence and authority. You may not have the capacity to pay movie stars to get on board with your company, but you can engage social media influencers to increase your own authority to your audience.

Birchbox tapped influencer Emily Schuman of Cupcakes and Cashmere to curate one of their monthly boxes. With over 260,000 followers on Instagram, the combined promotion of posts of both the brand and influencer received over 18,000 likes and garnered a reach of over 550,000 consumers. 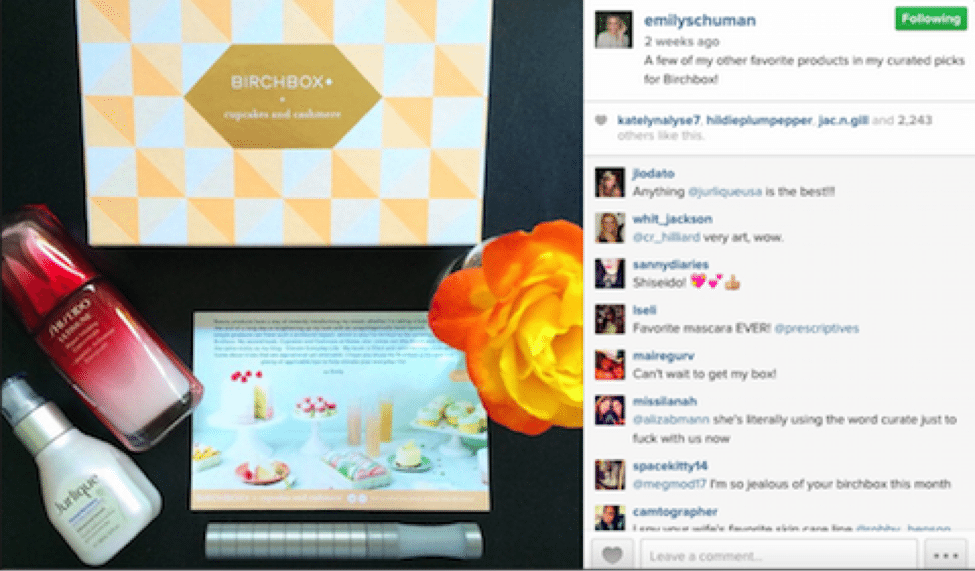 People are chock full of psychological triggers, and you can use them to make your social media campaign a successful one. It is important to tread carefully, however, as misuse of these triggers can backfire. The best way to go about it is to keep your audience’s interests in mind, and go from there.

About the Author: Brenda Savoie is a content marketer at Essayontime, private English tutor, and desperate dreamer. Writing her first romantic novel. Seeking contentment through mindfulness. Find her on Twitter and Facebook