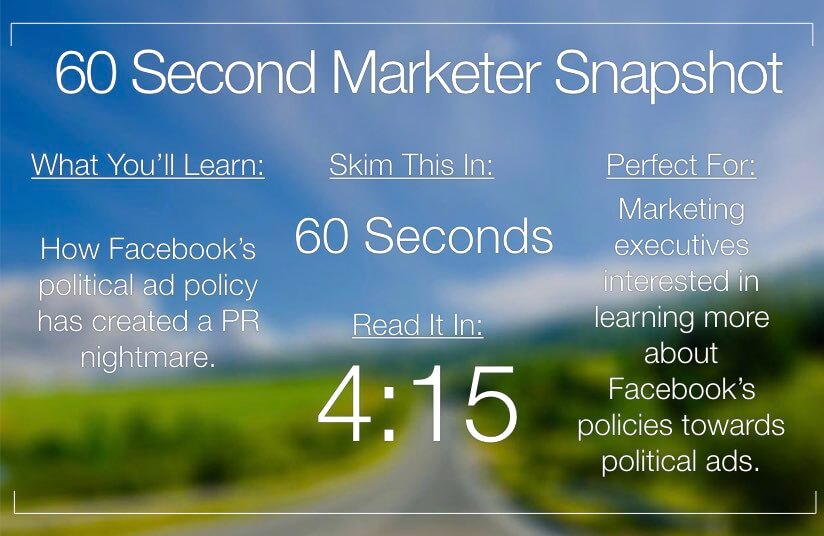 Are you curious what all the fuss is about regarding Facebook’s political ad policy? If so, check out the latest episode of IN:60 with Jamie Turner. Or, scroll down to read about the issue in a nutshell.

This issue in a nutshell: