How and Why Privacy is the New Disrupter for Marketers 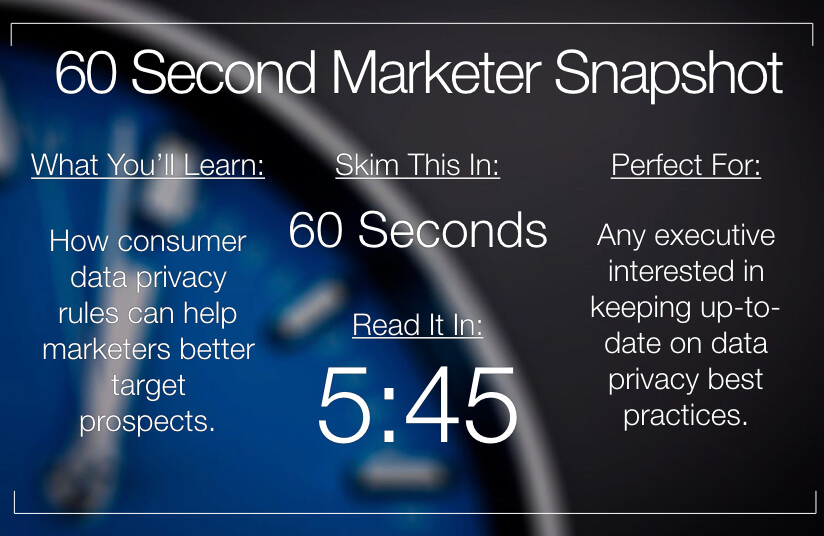 After more than a decade of either willingly or unwittingly having their personal data collected as the price for admission for marketing offers and social platforms, users are understandably wary. 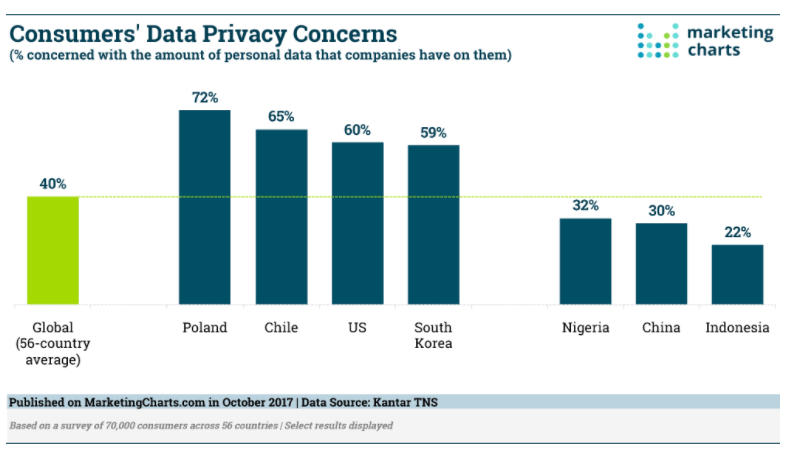 The European Union’s General Data Privacy Regulations (GDPR) went into effect in May to address that very issue.  And it’s a trend that’s likely to quickly spread around the globe.

Opt-Ins on the Decline

As part of GDPR, marketers in EU countries – along with those who do business with citizens in those nations – must renew permission from consumers who’d previously opted in to receive offers, information and more. What many marketers have found, however, is that the re-permissioning emails have fallen flat across the board. Many marketers say their opt-in lists have dwindled significantly because users are simply not opting back in. That’s backed up by a poll of Americans conducted by Media Post’s Research Intelligencer and Pollfish soon after GDPR was enacted that showed nearly two in three people contacted with re-permissioning options either ignored, opted out, or withheld their consent.

And that’s significant, particularly if the US (and other parts of the world) adopt GDPR-like similar regulations. According to a study conducted by OneSpot and The Relevancy Group in 2017, email marketing accounts for as much as 21 percent of total revenues among the companies polled. That’s clearly a revenue stream companies are unwilling to concede.

With many highly publicized data breaches each year and even reports that social media giants have played fast and loose with some user data, many consumers are all-to-frequently disappointed that the corporations we once trusted to keep our private information secure are failing. What’s worse is when users see their privacy blatantly being ignored while marketers turn their private data into profits.

Despite so many promises of privacy, more and more consumers are very suspect of putting their trust in businesses. They really have very little idea of what exactly might or does happen with their private data once it is harvested from their mobile phones and sent into remote and unknown cloud servers.

Not surprisingly, consumer concerns about their online data privacy are growing. A 2018 study conducted by the Centre for International Governance Innovation & Ipsos. “CIGI-Ipsos Global Survey on Internet Security and Trust” revealed that today more than half of internet users surveyed around the world are more concerned about their online privacy than they were a year ago. The study showed increasing concerns about both online privacy and the power of social media platforms.

On-device artificial intelligence – or Edge-AI– is the future of privacy because it addresses users’ greatest worries, allowing them to retain their private data on their personal smart devices, without giving up the benefit of personal and contextual services.

That’s important. While UK regulator Ofcom found four in 10 internet users are unhappy with companies collecting and using their personal information, about 33 percent of those same respondents said they “don’t object to behavioral targeting” if they can opt out whenever they choose, and if the company spells out how their data will be used and that it won’t be shared with other companies.

What’s clear is that while consumers enjoy the benefits of targeted marketing efforts, they’d rather not give up their personal information to get them, despite the best efforts of marketers to personalize their offers. 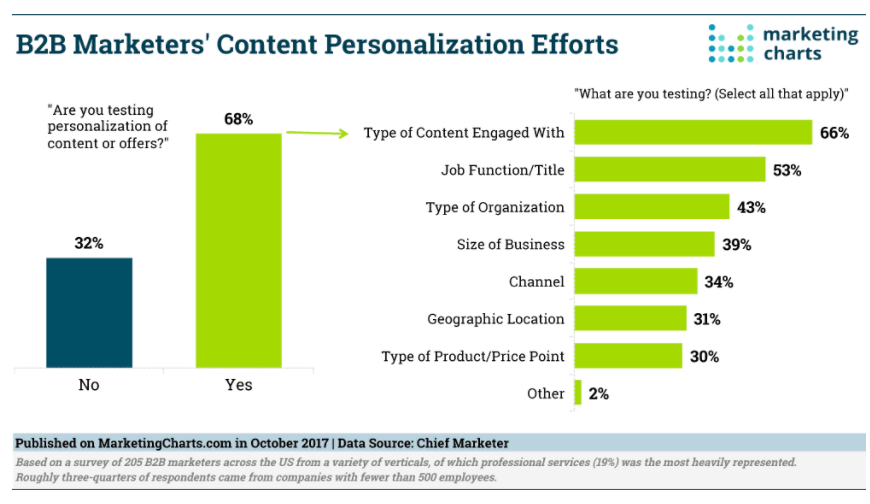 That’s where Edge-AI comes in. On its own, the AI market in 2019 is anticipated to grow at 154%, according to Statista.com. That will be fueled in part by marketers using AI solutions to better protect consumer privacy while also opening the floodgates for marketers to get creative on offerings for their customers.

Because they incorporate user privacy into their design, Edge-AI solutions can retain all of a user’s private data on his or her smartphone, turning the mobile phone into a smart artificial intelligence engine that use the phone’s on-device sensors to build personal and private profiles on the handsets, without the need to send any of the owner’s personal data to a remote server. The user’s private data remains in his or her possession and under the user’s own control. It is not stored anywhere else.

Because no personally identifiable data, or PII, is ever sent out of the phone, solutions employing Edge-AI are GDPR compliant and will meet the requirements of any other privacy regulations that may be enacted.

So how does it work? Rather than sharing the consumer’s data with the marketer, Edge-AI solutions retain the user’s PII on the user’s smart phone and uses built-in algorithms to then pull in relevant offers at the right time and place. Because it employs artificial intelligence, the phone collects data about the phone’s owner through the multitude of sensors built into today’s smart phones – from location data to activity tracking, shopping habits and more. The phone learns the user, but it never has to surrender that data.

Without ever knowing the PII, marketers can still reach the right targets who are interested in their offers, while the users remain completely anonymous.

What’s more, these types of solutions can also provide some crowdsourcing benefits by gathering and potentially sharing completely anonymized data. For instance, a user who has parked her car and has moved into an office building that differs from her normal work location could be there for a meeting. As she later exits the building and heads back to where she’s parked her vehicle, the phone could share information showing that a parking spot on the 2000 block of Elm Street may be becoming available in 2 minutes, helping other drivers in the area.

The User is in Control

Using AI on the handset also gives users the possibility of opting in – providing whatever and however much information they choose to share — when it benefits them. Many users already are in the habit of exchanging data for some type of reward. 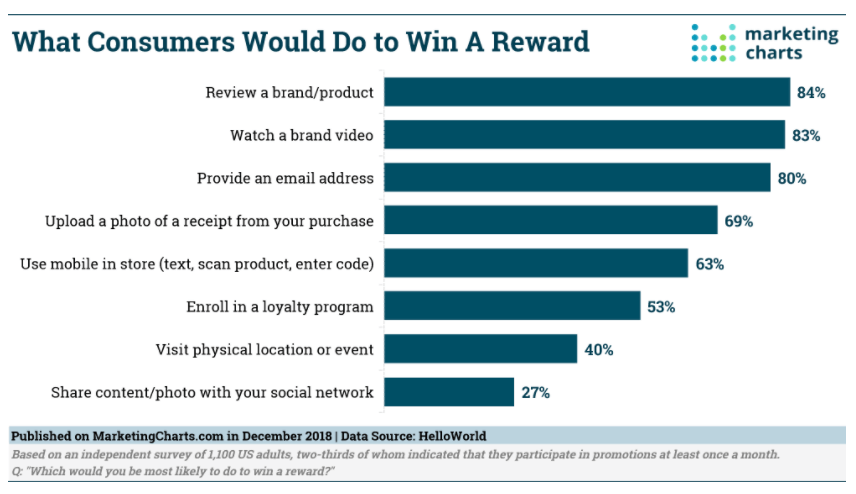 With AI on the handset, though, the rewards can be more meaningful. For instance, a city-dwelling user might opt in to a program offered by her automobile insurer that provides the option of paying for insurance only on the rare occasions when she uses her vehicle. The AI solution ascertains when she is driving, and she is billed accordingly. The insured is a happier customer with a lowered monthly insurance bill. The insurer also benefits because it has the flexibility to create offers for drivers around their driving habits, including lowered rates for the safest drivers. So users still enjoy personal and contextual services based on their on-handset profiles but can share their data (or any part of it) when it’s worthwhile to them personally to do so.

What’s more, AI solutions on the handset keep the user in complete control, so they can view their personal profiles at any time and edit them as they see fit. Perhaps the user is not a skier, but he’s scheduled a ski trip with friends for late winter. He can add skiing as an activity or interest in his phone, and then receive offers that will be useful for his trip, such as discounts on outerwear and skis, lodging, meals and lift tickets.

The Future is Now

With growing concerns around keeping their data private, more and more companies will begin exploring ways to truly ensure that personal data stays as just that. Privacy is the new disrupter for marketers.

About the Author: Udi Jacobi is SVP of Sales & Marketing at Anagog (www.anagog.com), an Israeli company that is reshaping customer data privacy rules. The marketing and management veteran previously founded, managed and grew Brightcom Media into a multi-million-dollar business that later merged with Ybrant Digital.