How My WordPress Site Outscores Twitter For Page Speed 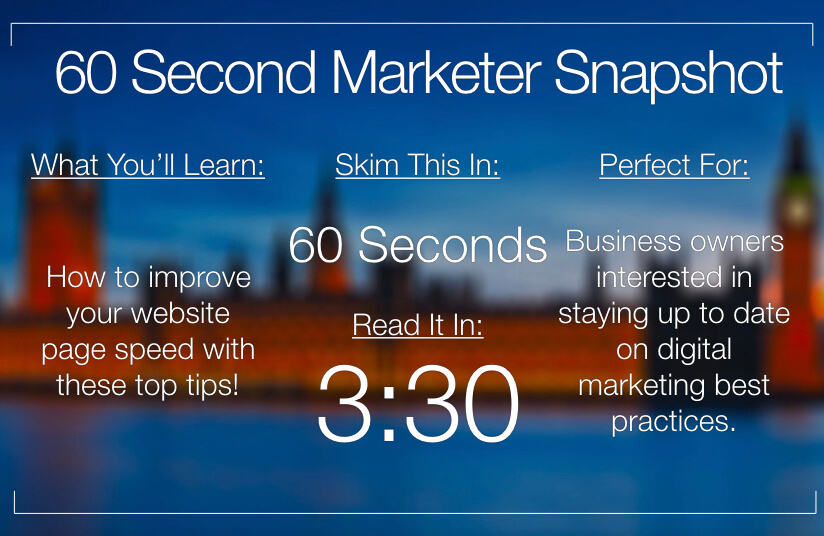 Faster sites create happy users, so sayeth the great Google. Back in 2010 Google announced that it would be using site speed as a ranking factor for the first time. As we all know Google’s emphasis is on user experience. Deliver the right results and the user will be happy. The right result isn’t a website that takes 20 seconds to load.

As this simple infographic from Search Engine Land shows, people leave if your site is slow.

One company that I had previous experience with thought it would be a cool idea to have a video off to the side of the homepage that served zero function to the user. Instead of using a content delivery network to reduce the page load time they just forced every user to download a 14 megabyte video if they wanted to view the complete homepage of the site.

From a user and SEO perspective, this is obviously a disaster. Their metrics on Google Analytics took a permanent dive. They didn’t want to change, so the video stayed and the users left. Not a clever strategy.

According to Search Engine Land, 60% of US searches are now performed on mobile devices and Google’s tool to measure page speed has a desktop and mobile version. It’s called Pagespeed Insights, and this is what it looks like when I run my site through the mobile version.

A while ago I decided to create a new website that I would use to promote SEO services that I would sell to businesses. Knowing that it is very difficult to get a new site to rank for anything I decided I at least wanted the site to be fast, very fast. There was just one problem. I can code about as well as a blind monkey can read.

So I decided to see what I could achieve just using what SEO knowledge I had and the amazing resource of Google.

Firstly, I knew I needed a fast WordPress theme and that meant paying for one. I’d had some experience with Theme forest that had good results in the past and decided to give them a go. It a relatively minor expense if you want a decent website. I downloaded a version of BeTheme that I had used for a client project before and used that as my starting point.

Any of us who use WordPress and can’t code know it’s a godsend when it comes to performing tasks that would otherwise be impossible for us mere mortals. But it’s also very important to do some research when it comes to plugins. A plugin can break your site immediately. If you’re working on a client’s site it’s even more important that you don’t permanently break the website. That kind of thing has the tendency to put business owners into apoplectic fits. So testing the plugin is a good idea.

Making sure you have a backup of a site and an easy way to roll back to a previous version is essential. Many hosting providers supply this in their Cpanel without making it obvious to the user. Sometimes they will charge extra for the service because you haven’t realized the service already exists. If you don’t know how, here’s a guide.

So knowing that I can break the site as much as I want I decided to take a look at what plugins I might need to make the site fast.

After a long period of trial and error, I ended up using a combination of two plugins. Two plugins that do some of the same things and really had the potential to conflict with each other. Nevertheless, they worked and I got some great results.

This plugin has 30,000 installs and a five-star rating.

This plugin has over a million installs and an almost five-star rating.

Whenever you run a site through the Google page speed insights tool you get a list of things you can improve. It looks like this.

You can click on these issues and get some more information. I usually haven’t got a clue what they are talking about, but if you Google, ‘How to fix…’ and paste in the issue then you get a list of pages that explain how to solve those problems (for the most part).

About the Author: Simon McCullagh has been an SEO guy for about 10 years. Born and raised in Newry, Northern Ireland he loves everything SEO and provides services through his site: www.seoservicesni.com