The End of Social Media As You Know It 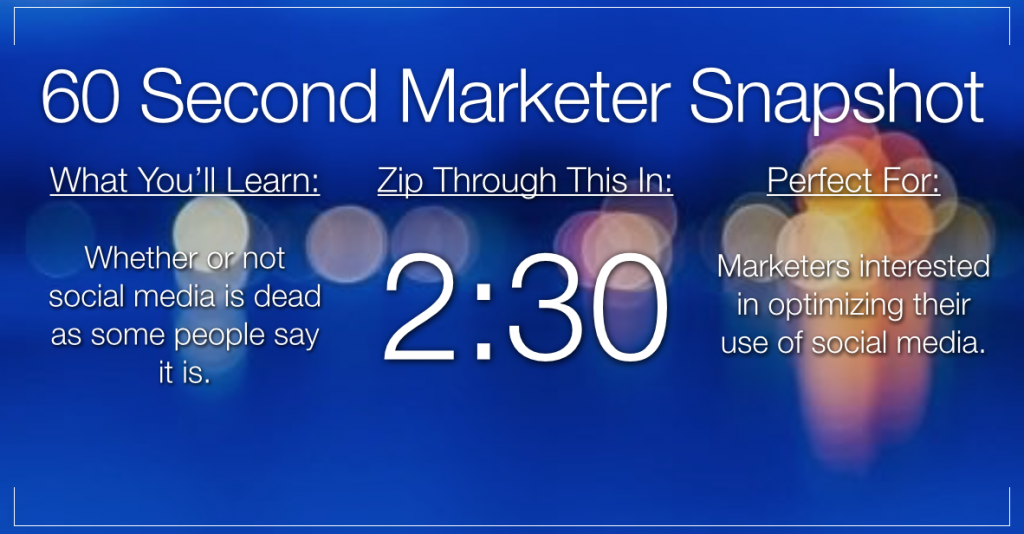 Is social media mostly dead? That’s what Josh Bernoff, co-author of Groundswell, the bestselling book on the topic, says. He wrote an exposé about social media, based, in part, on a well-researched post by Augie Ray (founder of Experience: The Blog).

Are Josh and Augie correct?

When I first wrote How to Make Money with Social Media with Dr. Reshma Shah, we talked in depth about the fact that social media was over-hyped and that it would eventually go through a significant correction in perceived value.

We were right about the significant correction. But we were wrong about the date.

Our analysis suggested that social media would go through a major correction in 2013. Instead, it’s happening now, leading in to 2016.

Here’s a graphic that shows you where social media (as well as mobile marketing, marketing automation, and account based marketing) is on the Gartner Hype Cycle. 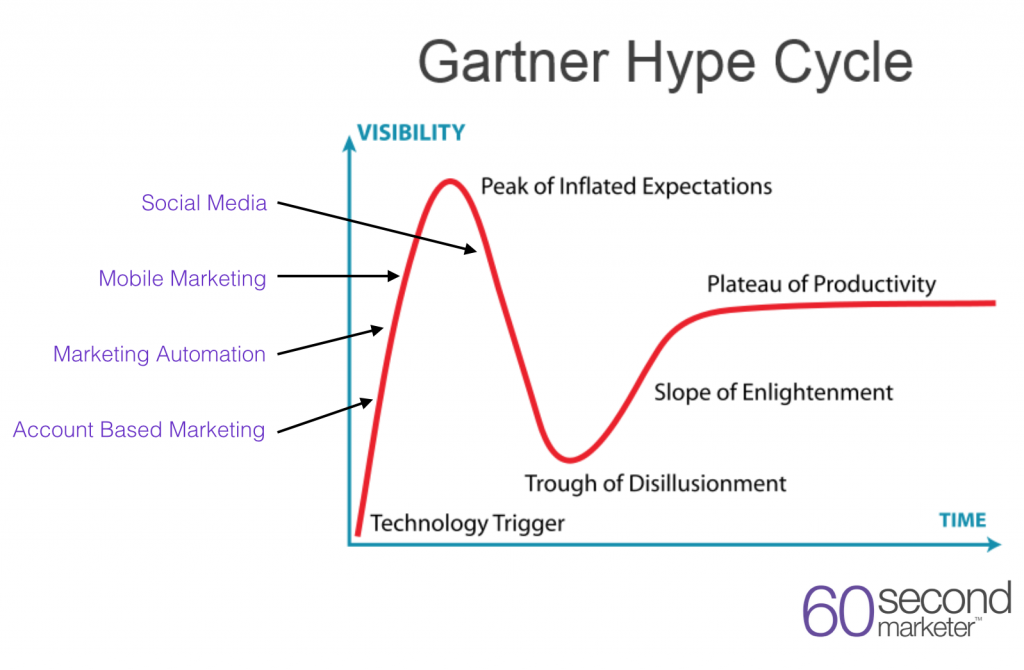 Social media isn’t dead. It’s just that people are finally figuring out how to use it.

Not long ago, I wrote a blog post called The Truth About Social Media That Nobody Else Will Tell You. In it, I made 3 key points:

Social media is (incorrectly) perceived as a customer acquisition tool. When was the last time you bought a product because someone Tweeted about it? Never, right? Sure, you may have clicked through on the link, but the odds are very, very low that you bought a product as a result of a Tweet (or any other post on social media).

Here’s an anecdotal scenario that supports my point: Let’s say you shop at Wal-Mart and Costco on a regular basis. Let’s also say that you follow Wal-Mart on Facebook and Pinterest, but don’t follow Costco on social media. If they both have a sale on TV sets, the odds are pretty good that you’ll buy the TV set from Wal-Mart rather than Costco, right? (I know, it’s anecdotal evidence, but it highlights my premise that social media is better at customer retention than it is at customer acquisition.)

Customer retention is a pretty big deal. Why? The graphic below highlights some key facts.

The added value in social media is that it makes the other things you do 5% more effective. Social media isn’t a silver bullet. And it’s not going to solve your customer acquisition problems. Instead, social media is a tool (and a reasonably important tool) that can make everything else you do slightly better. In the end, you won’t want to abandon social media — you’ll just want to use it properly.

If more than 25% of your marketing efforts are devoted to social media, you’ll want to re-examine that ratio.

And in the end, it’s all about driving new customers to your door, right?

About the Author: Jamie Turner is the CEO of the 60 Second Marketer and 60 Second Communications, a marketing communications firm that helps businesses use the science of marketing to grow their sales and revenues. He is the co-author of “How to Make Money with Social Media” and “Go Mobile” and is a popular marketing speaker at events, trade shows and corporations around the globe.